How Can I Watch The Paramount Network? 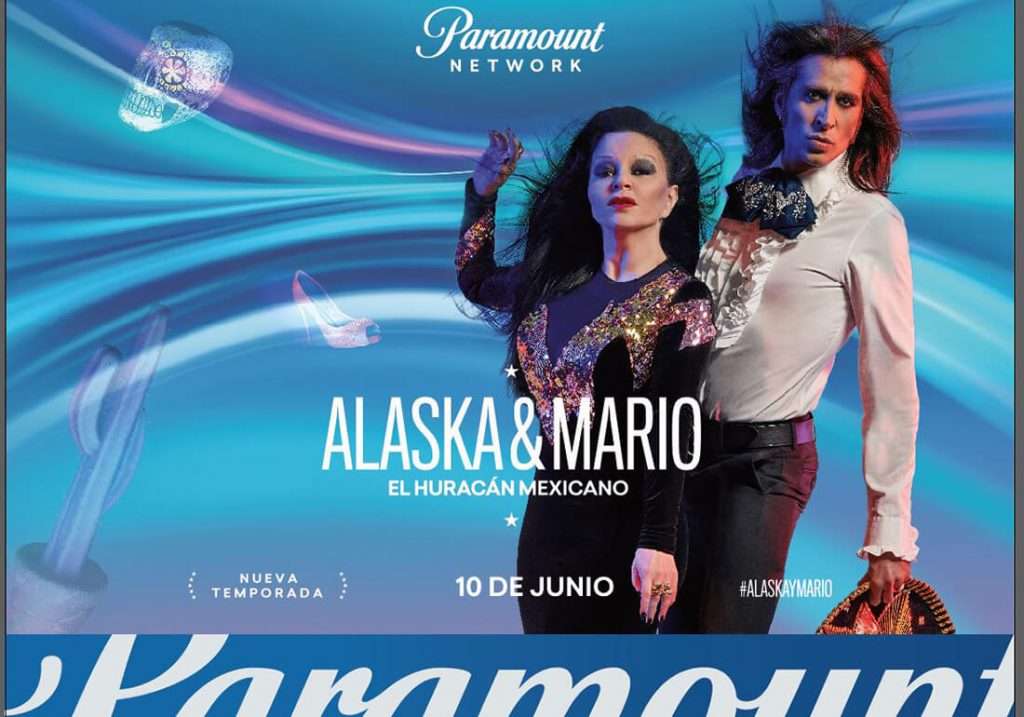 The best way to watch the Paramount Network is to stream it online or through their app. To do this, all you need is an internet connection, a supported device and a subscription to a streaming service.

If you are subscribed to an internet TV service provider like AT&T U-verse or Verizon Fios, you can watch both live and on-demand content on the website and the app. For the Paramount Network website, simply enter your TV provider login credentials.

If you want to watch the Paramount Network on the app, select your TV provider, get the activation code and enter the code. This lets you sign in using your TV provider account.

If you don’t have a subscription, there is some free content. You can watch unlocked content like the first full season of Battle of the Fittest Couples. It is available on the website, and you can watch it without logging in.

The Paramount Network app is available on most streaming devices, including iOS, Android, Roku, Apple TV, Fire TV and more. Since the website and the app is separate from your streaming service, watching Paramount Network does not add to your service’s simultaneous screens.

What Streaming Service has Paramount Network?

AT&T TV Now is the most expensive service offering Paramount Network on this list. Its cheapest plan gives you access to 65+ live channels, 40,000+ on-demand content and 20 hours of Cloud DVR storage. However, this plan costs $69.99 a month.

Notable networks in the Entertainment plan include ESPN, A&E, Discovery, Disney and local broadcast channels (ABC, CBS, Fox, NBC, CNBC, CNN and more). You get a lot for your money, but the steep price might turn off some cord-cutters. If you want to watch local channels without paying the hefty sum, we recommend purchasing a quality antenna instead. To learn more about TV antennas and local networks, you can read our articles on the subject here.

You can also enter into a two-year contract with AT&T TV. This gives you a discount on the first year of service—but with an additional fee if you decide to cancel early. For example, the Entertainment plan costs $59.99 a month for the first year. This price skyrockets to $93 a month for the second year.

If you opt for the two-year contract, you will receive 500 hours of Cloud DVR storage with your plan. However, this pales in comparison to the unlimited DVR storage you can purchase for an additional $10 a month.

AT&T TV offers a 14-day free trial with no annual contracts outside of the two-year commitment.

FuboTV’s family plan is similar to YouTube TV in price, starting at $64.99 a month. The service is still relatively expensive, but this is because it carries 100+ channels, on-demand content and most local broadcasts.

The service gives you access to ViacomCBS, Disney and Discovery-owned networks, with Turner channels being notably absent.

If 100+ channels are not enough for you, you can purchase add-on packages on top of fuboTV’s initial price. There are plenty of these available, ranging from international sports packages to premium channels.

For instance, sports enthusiasts will love the Sports Plus with the NFL Redzone add-on, which has NFL RedZone, NBA TV, NHL Network and more. On the other hand, if you want more lifestyle and news channels, you can purchase fubo Extra. This includes Cooking Channel, BBC World News, Nat Geo Wild and more.

You can also upgrade fuboTV’s features. By paying an additional $16.99 a month, the service’s initial 250-hour cloud DVR storage increases to 1,000 hours.

Likewise, for $9.99 a month, the Family Share Max add-on allows you to stream on up to five devices instead of three.

FuboTV offers a week-long trial, and there are no fees for cancelling.

Philo is most likely the cheapest plan for most cord-cutters looking to watch Paramount Network. The service only costs $20 a month and includes 60+ lifestyle and entertainment channels. Networks like History, MTV, A&E and TLC are notable inclusions.

With Philo, you can rent movies and watch old shows and movies on-demand—as long as they have a “VOD” tag on their profiles.

Unfortunately, there are no sports or local channels. But again, we recommend purchasing an HD antenna for your local TV viewing.

Unlike the previous streaming services, Philo’s unlimited Cloud DVR does not come at an extra cost. What does, though, are the premium channels. You can purchase: EPIX ($6/mo) and STARZ ($9/mo).

Philo’s non-customizable service is not for everyone, especially since it forgoes plenty of networks most cord-cutters would like. If you think this might be the case, try the service first, with its 7-day free trial.

If you want a more flexible service without the high cost, Sling TV gives you this versatility. However, both its plans—Sling Blue and Sling Orange—do not carry Paramount Network in their basic lineup. To get it, you will need to purchase the plans’ respective Comedy Extra add-ons.

Both plans’ Comedy Extras are similar. The only difference is truTV being available on Sling Orange.

Sling Blue and Sling Orange’s other add-ons also differ in the channels offered. Another example would be Oxygen missing in Sling Orange’s Lifestyle Extra.

Regardless, both plans’ Cloud DVR storage starts at 50 hours. But with Cloud DVR Plus, you can upgrade this to 200 hours.

The service is available on most streaming devices, including, but not limited to, Apple TV, Android TV, Fire TV and mobile devices.

Sling Orange and Sling Blue costs $35 a month each. The service offers a 3-day free trial, which you can cancel anytime.

Paramount Network is available on T-Mobile’s TVision Vibe, but there’s a catch. While the service only costs $10 a month, only T-Mobile or legacy Sprint postpaid customers can take advantage of the service. However, once the service grows, we expect the service to be available nationwide.

If you do subscribe to the service, you will get Discovery-owned channels alongside ViacomCBS networks like Nickelodeon and MTV. Sadly, TVision Vibe does not offer local CBS stations.

Additionally, the service does not offer Cloud DVR for free. You need to pay an extra $5 a month for its 100-hour Cloud DVR.

Aside from the $30+ channels in its initial lineup, TVision Vibe also has on-demand shows and premium channels, the latter of which comes at an additional cost.

TVision Vibe allows two simultaneous streams and is supported by Android TV, Apple TV, Fire TV, Chromecast and mobile devices. At the time of writing, Roku, Samsung TV and web browsers are not compatible with the service.

Unfortunately, the service does not offer a free trial at the time of this writing.

Is Paramount on Vidgo?

The service has plenty of popular channels under its belt. From ViacomCBS and Discovery networks to Disney and local broadcasts, Vidgo ensures everyone has something to enjoy in its 85+ channel lineup.

In terms of DVR, Vidgo lacks one. To watch a show again, you can only make use of a 24-hour playback feature. Vidgo promises to remedy this. But, as of now, this issue might turn some would-be subscribers off.

Thankfully, the service offers a Watch Party feature, which only a few streaming services have. It allows you to host or join chat rooms and hang out with other people.

The Watch Party feature is only available on mobile devices, but its inclusion is noteworthy.

Vidgo lets you stream on up to three devices at once. It is available on iOS, Android, Roku, Fire TV, Chromecast and web browsers.

Even though Vidgo does not offer any free trials, its regular $55-a-month price is significantly reduced to $10 for the first two months at the time of this post.

YouTube TV costs as much as fuboTV ($64.99/mo) but carries fewer channels. The service only gives you access to 85+ channels—as opposed to fuboTV’s 100+ offering.

However, a single subscription to the service gets you unlimited cloud DVR storage, YouTube Originals, local broadcasts, major sports networks like ESPN, ViacomCBS channels like Paramount Network and more.

Local stations depend on where you live, so it is best to check your area’s lineup by inputting your home ZIP code on YouTube TV’s website.

The service also allows you to purchase from a long list of premium channels, ranging from EPIX and STARZ to Cinemax and HBO Max.

Despite its high-quality features, the service only allows three simultaneous streams with no way of purchasing more. This might be bad news for those with multiple people in their household.

YouTube TV’s free trial regularly lasts seven days. However, throughout the year, the service bumps this up to fourteen days. You can cancel anytime since there are no additional fees or contracts.

Is Paramount on Hulu + Live TV?

Not yet. Earlier this year, Hulu and ViacomCBS brokered a deal to carry 14 new channels: BET, Comedy Central, MTV, Nickelodeon, VH1, CMT, Nick Jr., TV Land, BET Her, MTV2, NickToons, TeenNick, MTV Classic and Paramount Network. However, the two companies have yet to announce when they will be available in the service.

The ad-supported plan is $64.99 a month, while the ad-free plan costs $70.99 a month. Despite lacking Paramount Network at the moment, you can still try the service out with its 7-day free trial.

However, there are many options to watch the Paramount Network online without cable. TVision Vibe is the cheapest service at $10 a month. But this only works if you are a T-Mobile customer.

If you are not a T-Mobile or Sprint customer, the next least expensive option is Philo at $20 a month.

Sling TV and Vidgo represent the middle-ground when it comes to price. However, while the former charges less, purchasing add-ons and upgraded features can make Sling TV cost more.

AT&T TV, fuboTV and YouTube TV are the most expensive plans on this list. Each one has its pros and cons, so your choice relies solely on your preferences. for example, out of the 3 options, if you want sports in addition to the Paramount Network, fubo TV is your best option. However, if you like to record a lot of your shows, YouTube TV is clearly the best option with unlimited DVR storage.

These are just a few of the many options to watch the Paramount Network without cable. The most difficult decision for you, is to choose one.

How to watch Newsmax TV without cable here

The cheapest way to get One America News here

What is the cheapest way to watch Fox News here

To receive money-saving tips on live TV streaming directly to your email, sign up to our newsletter.

Likewise, check out our YouTube Channel to get the latest TV streaming news here.