What is Squid Game 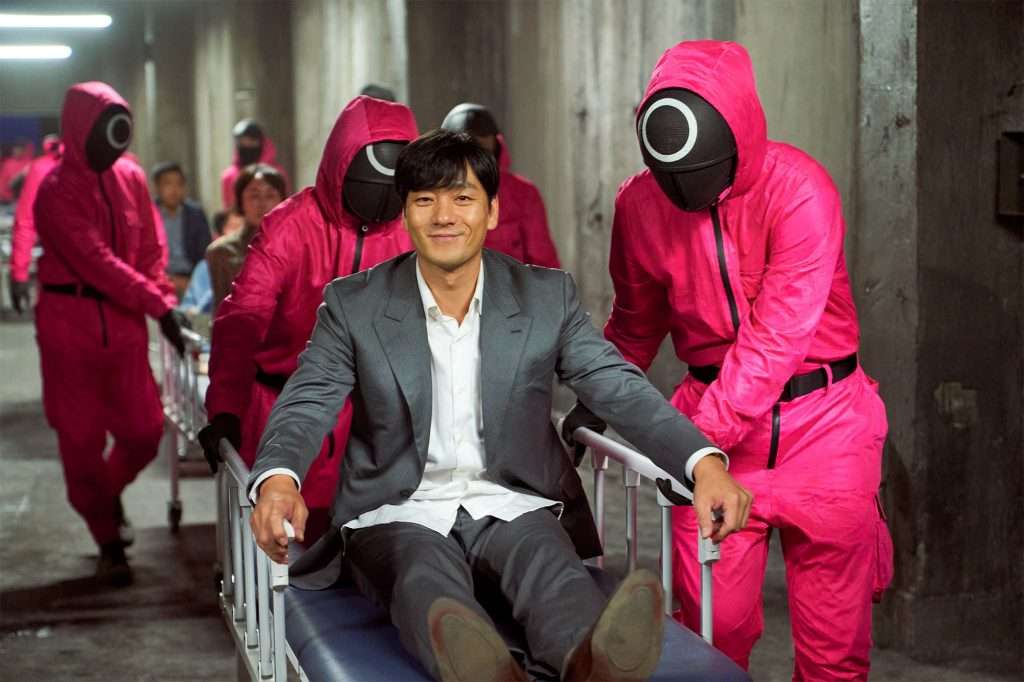 By now, you have heard all the rage about Squid Games either from friends, social media or tv. But what is it? Well, it’s a nine-episode South Korean survival series, which revolves around 456 players who have to participate in deadly children’s games to win a large sum of money.

Every game is different, and players who lose die. The players come from different places all over South Korea, but what they all have in common is their large unsustainable debts. The desperation to get rid of their debt drives them to play the deadly games.

Since the release on 17th September 2021, the series gained popularity after a few days. It is now the number one show on Netflix. It is also the first Korean drama to get a top spot on Netflix.

Hwang Dong-hyuk was the creator of the Korean series. Hwang said he created the series based on economic struggles he faced earlier in life plus the disparity in economic classes within South Korea.
He was heavily inspired by the themes of Korean and Japanese comics and animes like Manhwa, Battle Royale, and Manga.

While we only got to watch the series in 2021, Hwang said he had written it in 2009 but did not find any production company willing to make a movie. However, it was not until 2019 when Netflix sought to expand it’s foreign programming offering, they came across the idea and took interest.

Not only did Hwang Dong-hyuk write all nine episodes, but he also directed them.

Is Squid Game a Movie

It is a survival series and the initial television show from Hwang Dong-hyuk. Throughout its nine episodes, we are guaranteed to all be seated at the end of our chairs, wondering what will happen next.

While we have mostly heard of how the series has broken and set records in the movie industry, it has also received a fair share of critics from people who say it looks a lot like Hunger Games.

Some people even suggested Hunger Games is the American version of the series since the VIPs said the Korean contest was the best.

The comparisons are mainly because the movies entail people competing for prizes while the very rich watch in gleeful entertainment. However, there are notable differences between the two.

First, in Squid Game, it is not clear whether there can only be one winner or several. However, in Hunger Games, players either win or lose, and the game only ends when there is one winner after the rest have died from natural elements or are killed by fellow players.

However, Hunger Games takes place in a dystopian future with a fictional setting. While the setting still reflects real-life problems, it does not happen in the real world.

Hwang Dong-hyuk also said, while there might be some inspiration from movies like Hunger Games, they are not the same. He stated the movie was created to reflect some of the main struggles South Korean’s deal with on a daily basis.

Why is it so Popular

It seems everyone is talking about the series. But the question remains, why? The first reason is it’s unique approach that make viewers relate to the issues and characters involved. We have never before seen this game concept in any other movie and this makes us watch every episode with keen interest.

It is also accessible to people in different countries speaking different languages. Netflix offers subtitles in 37 languages plus dubs in 34 languages.

Another reason for it’s popularity is because of social media and memes. All social media platforms have numerous memes and challenges related to the series, leading to more interest and more Netflix views.

Finally, because of the pandemic and people spending more time at home, we have been exposed to non English speaking movies. The streaming rate of non-English movies on Netflix has gone up by 71%. In other words, not all the best movies and series are English speaking.

Is it Based on a Real Story

While the series is inspired by real-life problems and involves real games, it is not based on a true story.

What are the 6 Games in the Series

This series is not classified as scary. While there are some unexpected and brutal moments in the series, it gives us a sense of anticipation and dread more than being scary.

However, if we get attached to a character, it’s scary because we do not know if they will pass or get eliminated.

Is it Bad for Kids

While it might not be necessarily scary for adults, it may be for kids. This is primarily because the violence is added to traditional kids’ games. This association makes it inappropriate for children.

Is it on Netflix in English

Many people wonder if they can find it in English on Netflix. While there are subtitles in English and other languages, it also has Korean or English audio, so you can choose how to watch it.

If you want to put on subtitles, the English ones are better than the English CC (Close Captioning). The English CC does not give a nuanced translation. To do this within Netflix, check English under “Audio” and check Off under “Subtitles”.

Is Squid Game Real in Korea

Many people in different parts of the world recognize some games in the series like tug of war, marbles, and green light red light. However, is the squid game a real game in Korea?

Yes. This is a game, mainly during the 70’s and 80’s, popular among kids. It got its name from the squid-like playing area. The children drew a square with a triangle at the top, a circle on top of the triangle to represent the squid’s head, two rectangles in the middle to represent the waist, and a circle at the bottom.

Just like the series, there has to be an offensive and defensive team within the game with the same rules. The offense starts outside the lines hopping on one leg with the defense on both legs inside the lines.

If the offense manages to cut through the waist of the squid, they can use both legs. Both teams then gather at the entrance of the squid preparing for the final battle.

If the offense manages to tap the triangle part inside the small circle, they win. However, if the defense pushes the offense off the lines, they win.

How popular is the series in Korea

The series has become popular in all countries of the world but is most popular in Korea. Many people are watching it because they relate to the problems of economic inequality and debts depicted in the series.

Others say they like it because of the popular games, reminding them of their childhood.

Is the Series all in Korean

While this South Korean survival drama is originally acted in Korean, we can find it on Netflix in many other languages. There are subtitles available for around 38 languages.

It is also dubbed in other languages. The dubs for this series are perfect and have the right translations, unlike dubs from other foreign movies.

While there are a lot of killings in the series, it is worth watching, especially if you love suspense. The plot twists in every episode make it irresistible to watch and see what happens in the next episode.
We are hooked on Squid Game and can’t wait to see what happens next. Stay tuned!

Have you seen Squid Game? Do you like it? Are there any other foreign films you would recommend? Let us know in the comments below

To receive money-saving tips on live TV streaming directly to your email, consider signing up for our newsletter.

What is Curiosity Stream? What You Need to Know

How to Watch Discovery Channel Without Cable: Top 4 Options

How to Watch Investigation Discovery Without Cable: Your Best Options

How to Watch the History Channel Without Cable: Your Best Options